Artificial intelligence – The future of finance 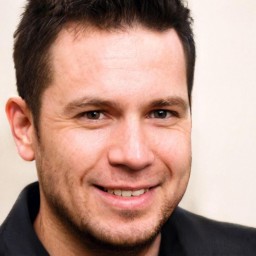 Artificial Intelligence - The future of finance

​This is both an important and a contentious topic right now, like everything to do with the future, it is impossible to know for sure what is going to happen, but with enough data we can make an array of predictions and weight them with probability. In this article I will share my thoughts, feelings and predictions around AI and how it will affect both our everyday life and financial futures.

​Some statistics around AI we should all know

​My thoughts on Artificial Intelligence

​You might agree or disagree with me on this but I believe artificial intelligence will eventually be a source of ​infinite intelligence, far ​superior to humans in every way possible. This sadly is a contentious view in this day and age. Computers can already beat our best chess players, in fact they can beat humans in any game we make. A significant portion of the human race is in denial about this right now, Elon Musk was asked why this was and the only reason he could think of was that AI scientists rely on their intelligence as their source of importance, granted they are very intelligent​. But they are biased like all humans, they think they are smarter than they are so the idea that a machine could take away their sole source of importance is not a nice idea, they are sort of in denial.

If the question is will AI eventually become infinitely more intelligent than humans, the answer is ​unequivocally Yes!

If you do not believe me take Elon Musk's word for it, in the interview below he says "If the question is will AI eventually become infinitely more intelligent than humans, the answer is ​unequivocally yes".

​Our future and the future of finance

​So I believe the early adoption of AI will come in one of two forms, it will be rented out in a business to business model, likely between governments or used privately to allow companies to gain untold advantages over their competitors.

​If it is government owned first then the first scenario is likely to emerge first, an example of this would be a government renting the technology so they can get crazy deep insights into their people, imagine a government with the power to say "Hey computer, who are the top ten people most likely to commit a serious crime in the next year", with enough data points on their citizens the computer will have no problem spitting out a list of names. How you might ask? AI will have an ability to look at data in a way that we cannot even comprehend, ​our brains have just not evolved to look at data in such a deep way, but a computer with unlimited resources can identify every factor that is possibly identifiable from the data set available. Even more amazing is that this technology gets exponentially smarter. It learns from the outcomes.

​Hey computer, who are the top ten people most likely to commit a serious crime in the next year

The second use of AI is actually a lot more scary, private companies using it for a edge over their competitors, the use of the word edge makes it seem like its a small advantage but it really means an unfair advantage that keeps compounding until there is no competition remaining.

I have already explained that AI will have the ability to look at large data sets and infer things that we as humans cannot understand, they will find correlating factors and metrics inside data sets that we did know was possible. Initially on the surface these metrics might ​look so insignificant that it hardly amounts to anything worth mentioning, but thousands of these micro factors tilts the prediction power so far in the favor of the companies that own the technology. Imagine this technology lose on the stock market. The only hurdle the companies would face is sourcing data, it would just be a matter of feeding this amazing beast with more data, more data means a bigger edge, finding more ​inefficiencies in the market, more opportunities. The early adopters would face a profit margins so great it would destroy the market, it would collapse. I cannot imagine what this would mean for the world, nor is it my job to predict doomsday scenarios, I can only share my thoughts on how I feel it effects the future of the finance world.

Please log in again. The login page will open in a new tab. After logging in you can close it and return to this page.